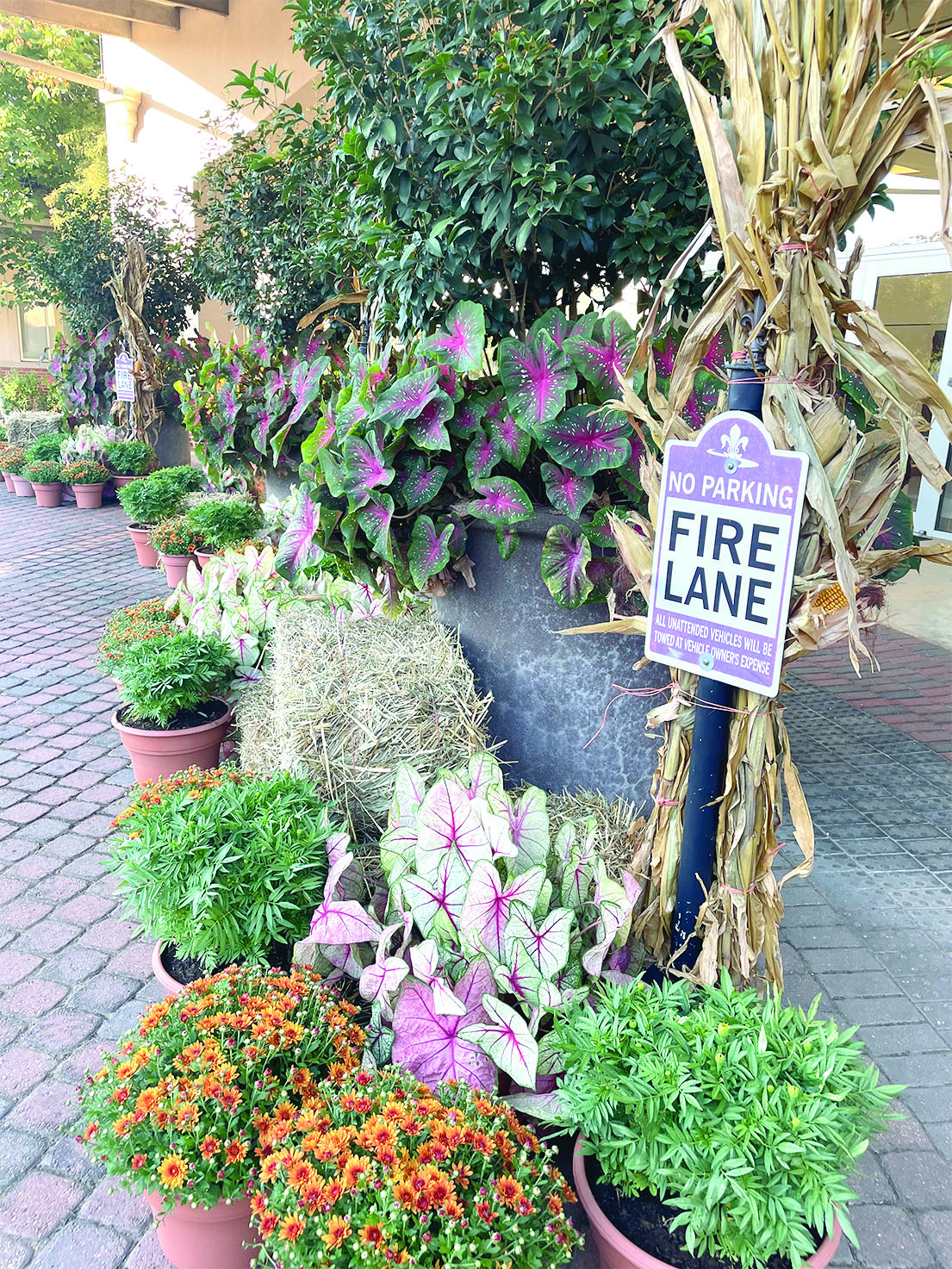 The calendar said it, the cooler mornings and evenings hinted at it, but the appearance of pumpkins, mums, hay bales, caladiums, marigolds and cornstalks in downtown Natchitoches solidified it….Fall is here! City horticulturist Tim Murchison and employee Timmy Hippler were busy while the air was still crisp Tuesday, Oct. 4 setting out the much-awaited fall floral displays on Second Street. They were adding pumpkins and mums to the area in front of the Utility Billing office. Murchison said the horticulture department grows their own mums, caladiums and marigolds. The marigolds are grown from seed, the mums from plugs and the caladiums from bulbs. The corn and cornstalks come from Anderson Produce near Powhatan and the pumpkins arrived from G-MC Produce in Henderson, Texas. The caladiums are a new addition to the displays this year. Juanice Gray