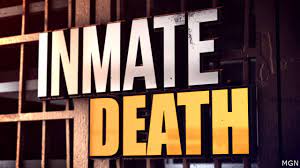 NPSO
A parish inmate in the Natchitoches Parish Detention Center (NPDC) has died from injuries sustained when he apparently hung himself in his cell over the weekend according to Natchitoches Parish Sheriff Stuart Wright.
On Saturday, Oct. 8 at approximately 1 p.m., deputies, including investigators from the NPDC, NPSO Criminal Investigations Bureau, Natchitoches Regional Medical Center (NRMC) EMS and Natchitoches Fire Department EMS responded to reports of a medical emergency involving an inmate.
Responding units arrived within minutes, finding corrections bureau deputies performing CPR efforts on a parish jail inmate.
The inmate, Timothy J. Gourdon, 50, of Winnfield was transported from the detention center by ambulance to the NRMC in critical condition.
Maj. Roger Henson of the NPSO Corrections Bureau said while making inmate check rounds, corrections deputies found Gourdon in his cell after he apparently hung himself using a bed sheet.
Henson said Gourdon remained in the intensive care unit of NRMC and succumbed to his injuries Tuesday, Oct. 11.
The body has been transported to Shreveport for an autopsy according to Natchitoches Parish Asst. Coroner Steven Clanton.
Gourdon was booked into the Natchitoches Parish Detention Center Oct. 5 by NPSO detectives charged with Theft of a Motor Vehicle and Criminal Damage to Property.
Bond was later set by a 10th Judicial District Judge at $10,000.
Detectives are still in the process of investigating the unfortunate incident. At this point no foul play is suspected.
Detectives are awaiting the final conclusion of the autopsy report.