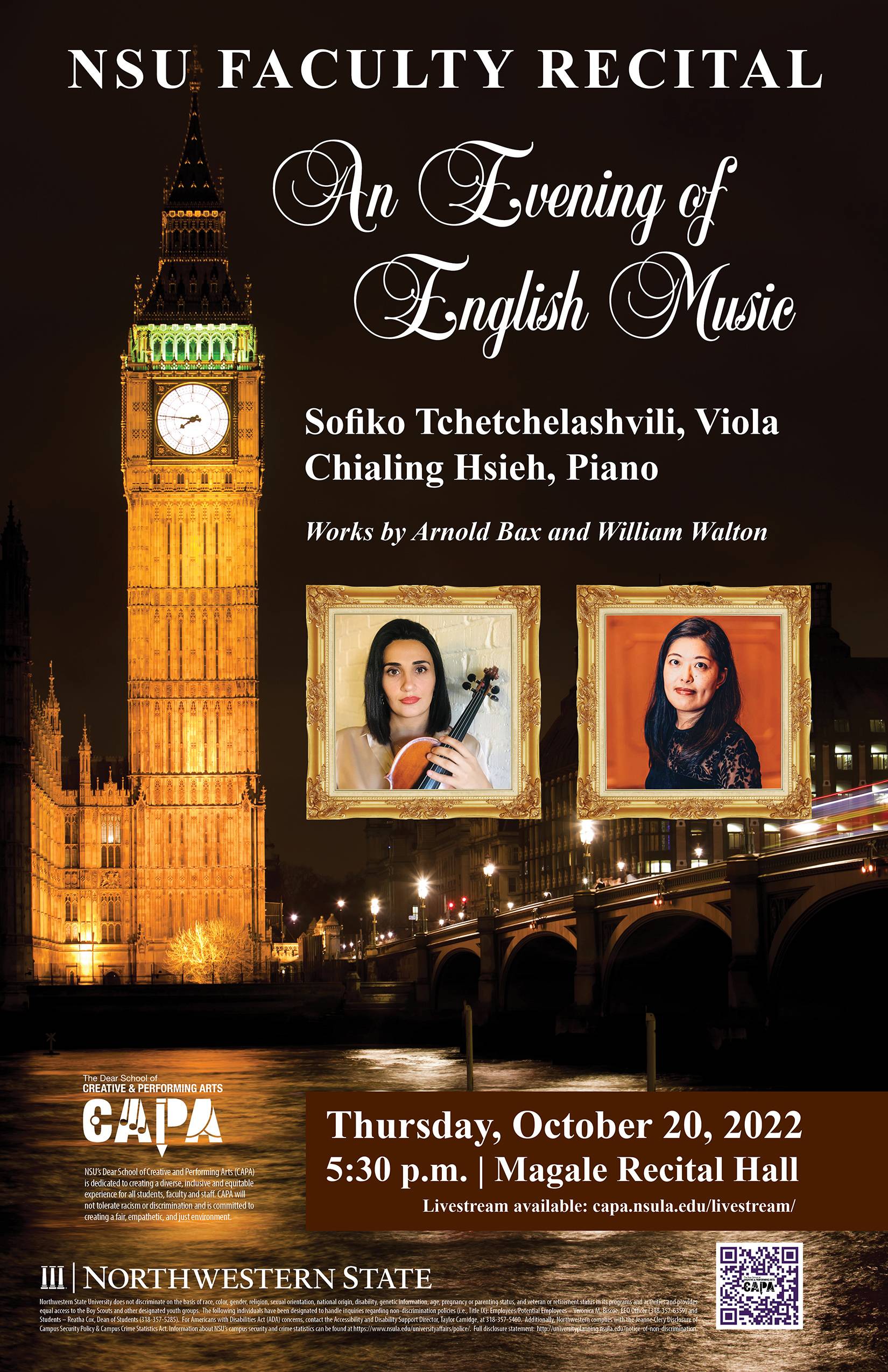 Violinist Sofiko Tchetchelashvili and pianist Chialing Hsieh will present a faculty recital on October 20 at 5:30 p.m. in Magale Recital Hall. Admission is free and open to the public. A livestream of the concert will be available at capa.nsula.edu/livestream.

Tchetchelashvili and Hsieh will present an evening of English music. They will play two master pieces written for viola, “Sonata for Viola and Piano” by Arnold Bax and “Concerto for Viola and Orchestra” by William Walton.

In 2014,Tchetchelashvili accepted graduate assistantship at Baylor University, where she served as a teaching assistant and the concertmaster of the Baylor Symphony Orchestra, before completing another graduate degree in violin performance in the studio of Dr. Eka Gogichashvili.

Tchetchelashvili was a winner of four National Violin Competitions in Georgia and became the recipient of two consecutive President’s Awards for the Excellence in Music.

She has taught violin and viola at Northwestern State since 2016. In addition to her teaching duties, she remains an active concert violinist and violist. She has recently appeared as a soloist with several symphony and chamber orchestras throughout the United States.

Hailed as a “brilliant pianist” (Fanfare), Hsieh has performed recitals in Europe, Asia, and throughout the United States and has been a featured pianist on seven CD’s for the Centaur, Enharmonic, and Ballpark record labels.  Hsieh is Assistant Professor of Collaborative Piano at Northwestern State, and has given masterclasses throughout the United States and abroad and served as a judge and adjudicator for competitions and events.