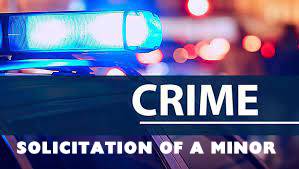 Leesville Man Arrested for Illicit Acts Involving a Juvenile
Vernon Parish– In October 2022, Louisiana State Police Special Victim’s Unit (LSP SVU) conducted an investigation into the computer aided solicitation of a juvenile. During the course of the investigation, it was determined that the suspect was communicating with a juvenile by sharing explicit images.
As a result of the investigation, LSP SVU determined the identity of the suspect as 50-year-old Ryan Keeton of Leesville. On October 13, 2022, with the information obtained, a probable cause arrest was made. Keeton was charged with computer aided solicitation of a minor, indecent behavior with a juvenile, and contributing to the delinquency of a juvenile. Keeton was arrested and booked into the Vernon Parish Jail.
The investigation remains active and ongoing. No further information is available at this time.
LSP SVU works to rescue and seek justice for the victims of crimes involving the exploitation of children and the trafficking of humans for sex or labor. The public plays an important role in identifying suspects accused of these crimes and is urged to report criminal or suspicious activity. The Louisiana State Police online reporting system is available to the public through an anonymous reporting form that is submitted to the appropriate investigators. The form can be found by visiting http://la-safe.org/ and clicking on the “Suspicious Activity” link.