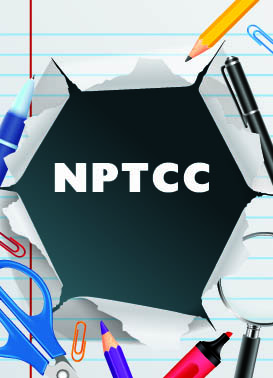 On Sept. 30, 2022, Natchitoches Parish Technical and Career Center hosted its first pep rally of the school year. Bobby Benjamin, principal, opened the event thanking the NPTCC Student Council and Youth Volunteer Corps for their hard work in preparing for the event. Wayne Crawford, Student Council president, also welcomed guests and reminded students that, “by working together students can make their school experience better”. Principal Benjamin then used the theme of “building partnerships that lead to success” to introduce Cloyd Benjamin, Assistant District Attorney of Natchitoches Parish, and The Dreams Foundation, an organization that supports the local community. Last December, The Dreams Foundation announced it would be adopting NPTCC, and the pep rally was their first joint venture.
The purpose of the pep rally was to celebrate the first nine week grading period of the school year. Students received awards and prizes for their academic, attendance and behavioral achievements. Principal Benjamin reminded the students, teachers, guests of the African proverb “It takes a village to raise a child”. He stated, “As individuals, life can be tedious, but together, we can make all of our dreams come true.”
ADA Benjamin discussed his upbringing with the students, sharing with them that he lived in the same housing projects that many of them live in now. “I grew up on the Square! I know how life can be living in those conditions, but that is not what defines us. How we treat each other does,” Benjamin said. The Dreams Foundation also delivered gifts to the honored students in celebration of their success.
Principal Benjamin continued to focus on the need for building relationships and partnerships to create success as he introduced Northwestern State University men’s basketball coach, Corey Gipson. Coach Gipson brought four of his players, who interacted with the students and participated in fun games that kept everyone excited. Coach Gipson gave a rousing speech that touched many in attendance, including the students. Coach Gipson discussed the importance of treating people with respect and taking the time to genuinely check on people’s wellbeing. Students responded to certain points during Coach Gipson’s speech that hit home for them. One of the students called the address “real” and felt he was speaking to them.

Some of the other highlights from the event were the teachers versus students games, such as musical chairs, and the awards presented to students for their positive performance during the first nine weeks of school.
Students honored at the event include:
Imani Black – Highest Attendance
Katelyn Blake – Highest GPA (3.6)
Consuela Jacobs – Positive Behavior Award
Grevalia Fisher – High Flyer (Teacher’s Choice) Male
Aniya Dorsey – High Flyer (Teacher’s Choice) Female
Aniya Dorsey – Most Classes Completed this School Year – 5
The pep rally ended with pizza provided by The Dreams Foundation and Principal Benjamin promising the foundation and Coach Gipson another opportunity to support the NPTCC students in the near future.