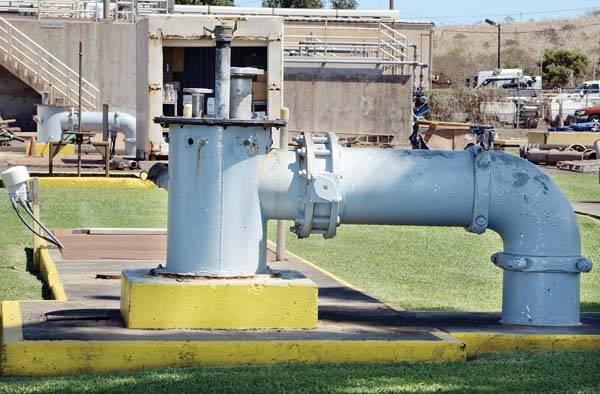 When Dolores Blalock learned that Montana based PA Prospect Corporation is planning to build a wastewater injection site near Allen, her immediate concern was the potential for contamination of her drinking water. “Oh no, don’t tell me they’re trying to do this in Natchitoches Parish, not by the house,” she says. “I’m concerned about that coming down into the aquifer.” Though Blalock’s home is farther from the proposed site than she initially feared, she’s still alarmed at the prospect of wastewater injection wells proliferating around Natchitoches Parish unchecked, and has experience waging a protracted challenge with state regulators.

“I was the whistleblower on the Minden thing where we got the big, enclosed unit when they had the disposal of those 18 million pounds of explosive toxic waste,” she says. “I vowed I wasn’t going to get involved with another because it’s so time consuming, but I’m very familiar with the process.” Environmental Protection Agency (EPA) Press Officer Joe Robledo indicated injection sites are categorized by the type of waste they’re meant to be used for, and class II injection wells are only authorized for oil and gas wastewater disposal. He also reveals why untreated oil and gas production wastewater, also called brine or salt water, can’t be disposed of above ground.

“Brines can damage the environment and public health if discharged to water or land,” he says. “Brine can contain toxic metals and radioactive substances.” The proposed facility will inject wastewater that emerges during oil and gas extraction deep underground. The goal is to dispose of the wastewater, and the dissolved salt, minerals and organic compounds found in it, by pressurizing the water and injecting it back into the ground.

Patrick Courreges, Communications Director at the Louisiana Department of Natural Resources (DNR), explains the rationale. “Basically the idea is put it back where you found it,” he says. “Find a zone that can take the fluid, that has the proper confining layers above it, so it doesn’t migrate up, and inject it down.” Blalock’s fears aren’t so easily assuaged. She points out that the wastewater returned underground often includes fracking fluid additives and residual petrochemicals left over from the extraction process. “I’ve read what can go in there: some of the ingredients,” she says. “The more I learn, the more concerned I am.” Rodney Walker is a former administrator of the Ajax-Beulah water system who doesn’t share in Blalock’s concern. “It sounds like you may have been brainwashed about cross contamination,” he says. “Where you saw the fracking that had the natural gas coming out of the person’s kitchen sink.”

He explains that PA Prospect will need to establish the safety of the injection site before they’ll be authorized to begin work on the project. “They’ll have to have a hearing, probably in Baton Rouge or Natchitoches, and then they’re going to have to show that it’s completely isolated between the aquifer and the salt water injection.” Courreges provides insight into how the safety of the injection well site is evaluated by the DNR. “They’ve got to tell us exactly where it is, very deeply describe any well penetrations in the area, the underground, what layers are going to keep this from spreading up and down, what layers are going to keep this from spreading laterally, et cetera,” he says. “You have to have a minimum of a hundred feet of confining layer between the top of wherever you want to inject and the bottom of any underground source of drinking water, in other words, where people are drawing their well water.”

As someone who gets her water from a private well, Blalock worries that the nearest residents will be left unaware of how their water quality is impacted. “They don’t make it easy to find out what’s in your water,” she says. “When I first moved here, you could call and you could get your water tested for a number of different things,” she says. Today, her experience is different because of how limited the available water testing resources have become. While she can have her water tested in-state for common bacterial contaminations at little cost, the service doesn’t offer any analysis of chemical contaminants. Instead, she has been referred to private companies for water analysis. “You can go to Texas and it’s going to cost you a couple hundred dollars,” she says.

Robledo says it’s up to property owners to ensure that water sourced from private wells is safe to drink. “EPA offers information regarding the importance of testing private wells and guidance on technologies that may be used to treat or remove any contaminants,” he says. “The well owner is responsible for testing chemical contaminants in private wells in most states.” While PA Prospect will be required to maintain monitoring wells onsite, the testing involved is designed to ensure regulatory compliance rather than warn local residents of threats to their personal water sources. “Our injection mine division deals with the well part and the injection and the geology underneath, and our environmental section deals with the facility at the surface: do you have a proper retaining wall? Do you have everything set up so nothing’s getting offsite?” says Courreges. “The other thing we check for is are there any well penetrations that go through that and what shape are those in?” In many states, the EPA’s role in wastewater disposal is limited by laws that provide regulatory authority to state agencies like DNR, but Courreges says the same rules mean it’s too early in the process for his office to determine the proposed site’s suitability. In fact, DNR won’t know exactly where the site will be located until they receive PA Prospect’s permit application.

They told us what they want to try to do, which is pretty common,” he says. “A casual visit does not count as a permit application.” He says the company is legally required to advertise the idea of creating a wastewater injection site before they can submit their plan to his office. “After that it depends on how good the application is, how well it conforms with our rules, how many times we kick it back and forth, so it could be a while,” he says. Despite DNR’s oversight, Blalock fears it won’t be enough to prevent problems with the site, and points to PA Prospect’s track record as evidence. In December of 2021, geoscientist Tracey O’Shay faced professional reprimand after reviewers discovered irregularities in a wastewater injection permit application submitted by PA Prospect for a proposed site near Lufkin, Texas. The application sought a permit to construct a wastewater injection site near multiple streams that feed into a local reservoir, thus raising the risk of contamination of the watershed. PA Prospect ultimately withdrew their application after their application was criticized for requiring multiple rounds of revisions. Blalock says she plans to fight the facility by preparing public comments, organizing opposition to the project and requesting a public hearing.

“I want to keep up with what’s going on with this because there’s certain times when you can fight them and it’s easier,” she says. While Walker doesn’t share Blalock’s concern about contamination from the wastewater injection site, he doesn’t want one located nearby either. “Truck traffic on the highway: that’s what I wouldn’t like,” he says. “I hate the trucks.”

Representatives of PA Prospect Corporation were contacted for this article at (406) 322-9951, but did not provide answers to questions by press time.