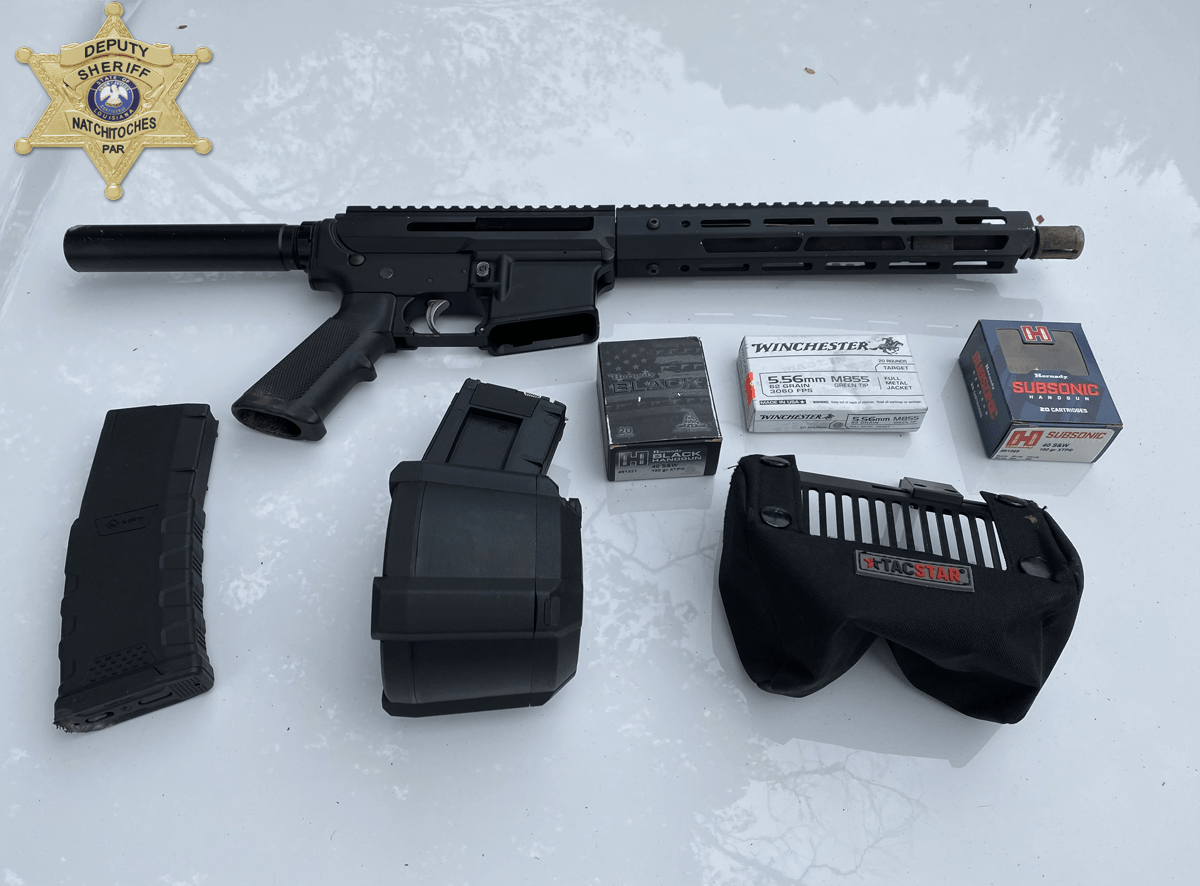 Through unidentified sources, deputies also learned Wadood threw a rifle from the passenger side of the vehicle just prior to the traffic stop.
Additional deputies responded to assist with the search of the immediate area, which led to the recovery of a loaded AR-15 semi-automatic rifle.
A National Crime Information Center weapons check revealed the gun was not stolen, however, Wadood was prohibited from possessing firearms because he was classified as a convicted felon.
A search of the vehicle also led to the seizure and recovery of an AR-15 drum magazine, additional ammunition and other items.
NPSO K-9 “Roka” was also utilized on the vehicle.
Wadood was charged with Speeding 98/75, No Drivers License, No Vehicle Compulsary Insurance, Criminal Obstruction of Justice and Possession of a Firearm by a Person Convicted of a Felony.
Wadood, who is on felony probation, remains in the Natchitoches Parish Detention with a probation hold.
The firearm will be transported to the crime lab for analysis.
Wadood stated he was traveling from Natchitoches to Alexandria.
Deputies A. Llorence and C. Haliburton made the arrest.