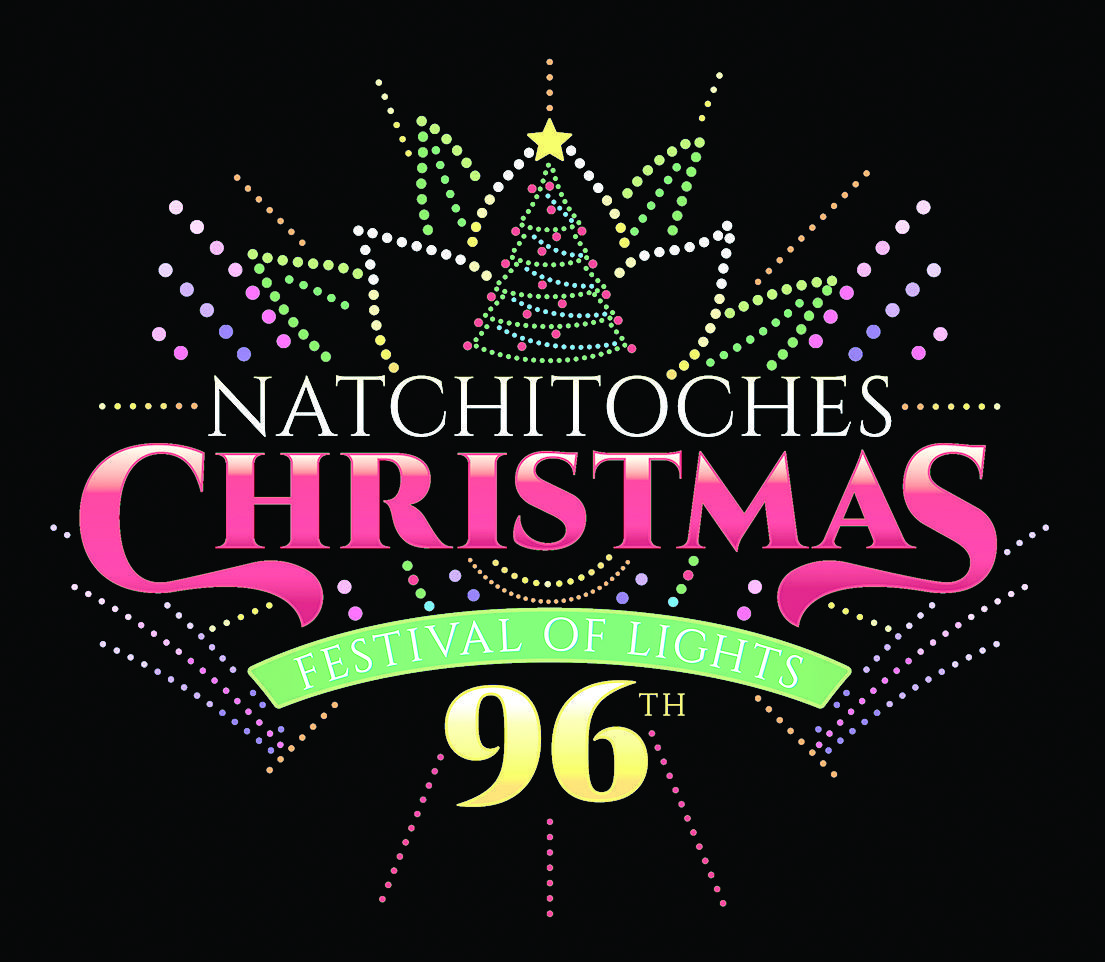 The Christmas Festival tradition began in 1927 when employees of the City of Natchitoches’ utility department decided to give their customers a Christmas present. They erected an 8-foot star made of white lights and placed it downtown so everyone could see and enjoy the wonders, not only of the season, but also of electricity. Over the years, new lit displays were added. In 1936, local businessmen added fireworks for the community to enjoy. This was the start of something big – the beginning of one of the nation’s oldest and most spectacular community based Christmas celebrations – the Natchitoches Christmas Festival.

This year marks the 96th anniversary for the Christmas Festival. The themes for the displays are indicative of the season, and are also determined by world events. During World War II, a large “V” for victory was included. The giant American Flag, which anchors the northern end of the displays, was built as a tribute to the men and women of Desert Storm and all other veterans. In addition to the many set pieces, the City is covered with more than 300,000 colored lights.

Professional pyrotechnic companies have long since replaced the businessmen who purchased and fired the first fireworks show, which originally cost only $300. Their small show has grown into the premier fireworks pyrotechnic event in Louisiana. The number of shows has also increased from the Festival weekend to including every Saturday from when the lights are turned on in mid-November through December 18, and this year will include two special shows on Christmas Eve and New Years Eve. The official turning on of the lights will take place on Saturday, November 19, 2022.

The lights will remain on each night through January 6, 2023. Saturday, November 19 is opening day, also called “Turn on the Holidays,” featuring the annual holiday shopping open house. The locally owned and operated businesses, shops and restaurants located in Natchitoches’ downtown National Landmark Historic District showcase their holiday items, stay open later, and offer specials throughout the day. The day concludes with live entertainment on the riverbank stage, the countdown to turn on the lights, and fireworks. There are no admission fees to the riverbank area Sunday through Friday to view the lights and enjoy the food vendors.

A $10 armband will be required for access to the riverbank area on Saturdays from Nov. 19 to Dec. 17. Armbands can be pre-purchased at NatchitochesChristmas.com or at the ticket booths on those Saturdays. Saturday, Dec. 3 is the 96th Annual Natchitoches Christmas Festival. Enjoy the daylong event filled with music, entertainment, parade, arts and crafts, and fireworks.

Mistletoe Market, an annual arts and crafts market, will take place in the City Bank and Trust parking lots from 7 a.m. to 7 p.m. The annual Festival of Lights Parade will roll at 1 p.m. with Grand Marshals Adam Oller and David Fry, former NSU baseball players, who now play professionally for the Oakland Athletics and Cleveland Guardians.

There will be live entertainment on the riverbank stage throughout the day with the grand fireworks show at 6 p.m. Saturday, December 10 will feature Cookies with Santa, a lighted boat parade, entertainment and fireworks. After almost 10 years, the Festival Committee is excited to bring back Snow Hill. The attraction will be displayed on the Downtown Riverbank on December 16th and 17th in conjunction with Kids Fests. Children and adults of all ages will be able to enjoy the attraction.

Additional events taking place throughout the holiday season include the annual Christmas Tour of Homes, the Light the Way 5K, Northwestern State University’s annual Christmas Gala production, Santa Claus House, Lessons and Carols performances, and much more. Natchitoches is a proud partner in Louisiana’s Holiday Trail of Lights which is comprised of 10 festive cities – Shreveport-Bossier, Minden, Monroe-West Monroe, Natchitoches, Alexandria/Pineville, Ruston and Logansport- located along Interstates 20 and 49. The 10 cities offer a roadtrip experience bridging holiday events and happenings in the cities for visitors.

For more information, visit the Christmas Festival website at www.natchitocheschristmas.com.