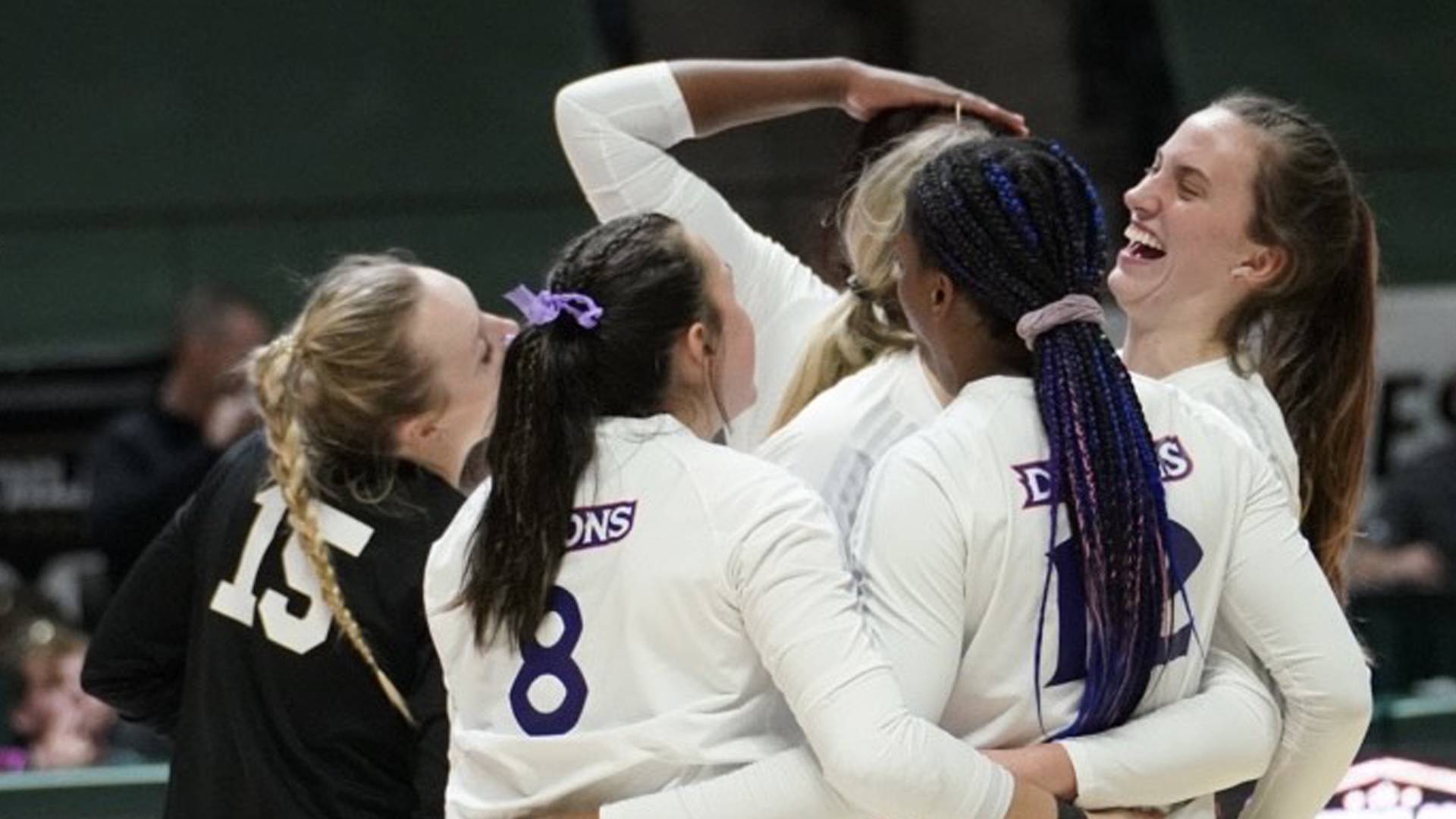 HAMMOND, La. – After dropping the first two sets of the match, the fifth-seed Northwestern State Lady Demons battled back to take a 3-2 win over eighth-seed UIW in the opening match of the 2022 Southland Conference Volleyball Championship on Thursday. UIW won the first two sets 25-22 and 25-19, while Northwestern State won the final three sets 25-20, 25-20, and 15-12.

Northwestern State was led in kills by second team all-conference honoree Reaghan Thompson with 12, with Breanna Burrell adding 10. Addison McDermott had 21 digs for the Lady Demons, Ashlyn Svoboda had 19 digs, and Symone Wesley had 14. As a team, the Lady Demons had 13 blocks, led by eight assisted blocks from Jordan Gamble. Amina Attra passed out 24 assists and Piper Boydstun handed out 21 helpers.

UIW’s Annamarie Alvarez led all players in the match with 19 kills and was joined in double figures by teammates Kyla Malone with 13 and Jacqueline Arrington with 10. Libero Audrey Patton had 21 digs, while Malone completed a double-double with 17 digs. Risa Sena also had 17 digs. Taylor Stoops had 28 assists and Natalie Kimmel had 25 assists.

Entering the match, the eighth seed had only won one match in the previous 40 years of Southland tournament play, and UIW seemed poised to add a second name to that list with wins in the first two sets.

The first set was tightly contested, but a 7-4 UIW advantage in the middle of the set provided the advantage to lower seed would need to take the set 25-22. Three of those key points came on NSU hitting errors, as NSU was limited to a .091 percentage. UIW hit .213 in the set with Malone and Sena each notching four kills. There were six ties early in the set.

UIW had a 4-1 mini-run early in the second set and held on to the lead for the rest of the set. NSU cut the lead to 21-18, but three straight points put the Cardinals in charge and gave them a 2-0 lead. UIW hit .306 in the set, with kills evenly spread amongst six players. NSU hit .152 with six errors in the set.

With their backs against the wall, the Lady Demons responded with a four-point run after a 12-12 tie in the third set. UIW could get no closer than two points in the rest of the set and Northwestern State stayed alive. Thompson had five error-free kills in the set, leading NSU to a .235 percentage compared to UIW’s .136. UIW’s Alvarez had five kills in the frame.

Northwestern State led the fourth set wire-to-wire to force the deciding set thanks to seven blocks in the frame. Gamble was in on five of those blocks, which helped limit UIW to a .087 percentage in the set.

The final set was a barn-burner, as neither team ever led by more than the required two points and there were seven ties and five lead changes. The difference came down to a superior .350 hitting percentage by Northwestern State with 10 kills. Their offensive efficiency outmatched the .294 of UIW, and the Lady Demons moved to the quarterfinal round.2022 VB Bracket – After Match 1