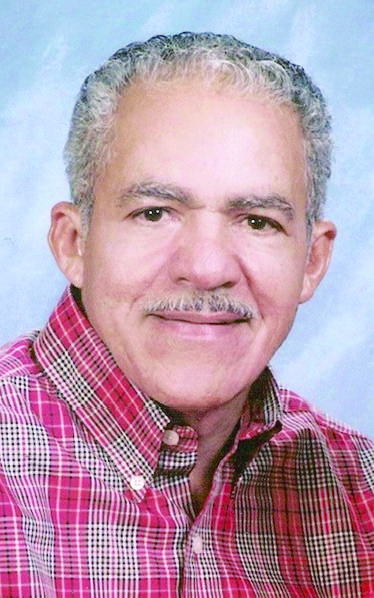 Natchitoches, LA. Jan. 29, 1938- Nov. 26, 2022. A Mass of Christian Burial for Leo James Llorens will be at 11 a.m. Saturday, Nov. 26, at St. Augustine Catholic Church in Isle Brevelle, with the Rev. John O’Brien officiating.  Visitation will be held from 9 a.m. until recitation of the Rosary at 10:30 a.m. Entombment will follow at St. Augustine Catholic Mausoleum under the direction of Blanchard-St. Denis Funeral Home.  Leo James “Jim” Llorens was born Jan. 29, 1938, in Shreveport to the late William and Clara Metoyer Llorens. At an early age, his family relocated to Aliso Village, a small community near downtown Los Angeles.  Jim was not a stranger to hard work. As a youngster he shined shoes and sold newspapers on busy street corners to help support his parents and siblings. He continued this work ethic through his teenage years while attending and graduating from Manual Arts High School.  However, it was not all work and no play for Jim, for during the summer after graduating, he met and eventually married the love of his life, Mary Louise Ravard Llorens Aug. 8, 1959. As a young husband and father, Jim’s strong Catholic faith was the foundation for how he lived, and how he raised his five children.  Throughout his life, Jim enjoyed making people laugh and touching people’s hearts through humor and through his God-given gift of his voice. Jim supported his family by working in the manufacturing and aerospace industries as a machinist and numerical control programmer. Later in his career he shared his knowledge as a professor at LA Trade Technical College.  After moving back to his home state of Louisiana in 1984, Jim took on contracting work for several companies prior to his retirement in 2008. After Jim retired, he found pleasure in spending quality time with his many grandchildren and great-grandchildren who lovingly called him “Paw-Paw.”  He was preceded in death by his loving wife of 55 years, Mary Louise Llorens: parents; sister Gertrude Llorens Frew.  His memory will be cherished forever by his five children; Eric Llorens Sr. and wife Wendy of Bermuda, Angela Llorens Rachal and husband Louis “Cookie” Jr. of Natchitoches, Alan Llorens and wife Tina of Westchester, Calif., Lorita Llorens Metoyer and husband Archie Sr. of Natchitoches and Keith A. Llorens and wife Colette of Gardena, Calif; 14 grandchildren; Eric Jr. (Erica) and Jarred (Allie) Llorens, Alicia (Jonathan) Christophe and Louis Rachal III, Zachary, Victoria and Nathaniel Llorens, Breanna Metoyer, Marissa (Michael) Williams, Archie G. and Alainna Metoyer and Kyle, Cole and Karli Llorens; great-grandchildren; Lincoln Marie Llorens, Maya and Houston Llorens, Nevayah and Kason Christophe, Noah Rachal, Leo Metoyer and Michael Williams Jr. He is also survived by his siblings Stephen (Caroll) Llorens, Patricia (Wilfred) Metoyer and Carolyn Wilson; and many nieces, nephews and cousins.