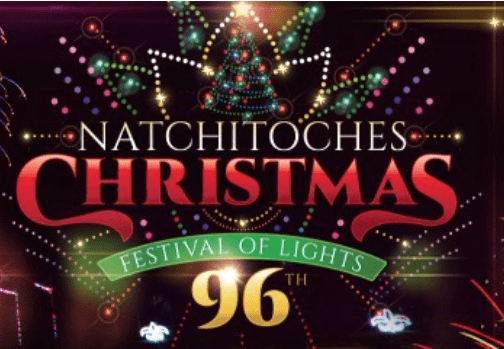 See below for street and bridge closure times for Saturday, Dec. 3. Information can also be found at www.NatchitochesChristmas.com under the FAQ.

At 5 a.m., barricades in the downtown area go up, including the Church Street Bridge.

At 5:30 a.m., the gate entrances at Church Street and Williams Avenue will be open and armbands can be purchased at this location.

At 6 a.m., Jefferson Street from Amulet Street to Touline will CLOSE to vehicle traffic.

At 6 a.m., Washington Street from Texas Street to Lafayette Street will CLOSE to vehicle traffic.

At 6:30 a.m., all other gates will be open for access to downtown and armbands will be on sale.

At 11 a.m., Second Street from University Parkway to Lafayette Street will CLOSE to vehicular traffic.

At 11 a.m., University Parkway from Jefferson Street to Second Street will CLOSE for parade line up.

At 11 a.m., the Pine Street/Keyser Avenue Bridge will close to vehicular traffic and all parade route barricades from University Parkway north to Lafayette Street will go up for the parade which begins at 1:00pm.

At 5:30 p.m., the Church Street Bridge will CLOSE to foot traffic for firework preparations.

At 5:30 p.m., barricades on Williams Avenue north of Henry Avenue to St. Maurice Lane and the intersections of East Second Street with Stephens Avenue, St. Clair Avenue, Whitfield Drive, Sirod Street, and Adelaide Street will go in place. No public parking is allowed on the streets mentioned above beginning at 10:00 a.m. on Festival Day.

After the parade has ended and foot traffic allows, Jefferson Street and Second Street will open from Amulet Street south to University Parkway.

Pine Street/Keyser Avenue Bridge closes at 11 a.m. for vehicular traffic, but will reopen after the Parade, which starts at 1 p.m.

Subsequent weekends – Church Street Bridge closes at 6:30 p.m. to vehicle and foot traffic for all other weekends and will reopen about an hour after the Fireworks Show.