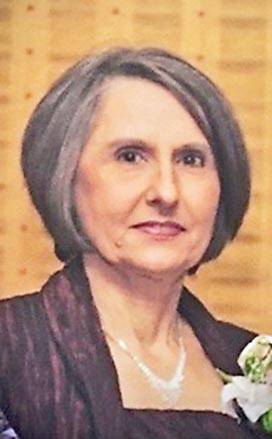 The life of Louise Lirette, “Maw Maw”, was remembered and celebrated with a funeral mass at The Minor Basilica of the Immaculate Conception Catholic Church in Natchitoches Wednesday, Dec. 7. 2022, with the burial following at Memory Lawn Cemetery in Natchitoches.

She is preceded in death by her beloved husband, Gary, her parents Rene and Flossie Bergeron, and her brother Rene Bergeron Jr.

Louise was born in Bayou Blue, LA, the sixth of 15 children. She graduated from Terrebonne High School and Nicholls State University with a degree in Math Education. She married Gary Aug. 26, 1967. After their marriage they moved to California where their first two children were born. They would then return to South Louisiana to have four more children until Gary’s transfer brought them to North Louisiana. They would eventually land in Natchitoches Parish where they remained for retirement.

Louise was always a teacher in the Catholic schools, homeschool and many years of faith formation at her local parish, St Anne. She was a living example of Christ’s teachings.

As well as being a gifted catechist, Louise had many other talents, which she lovingly shared. She enjoyed gardening and could cook anything! Louise was an accomplished seamstress, making wedding and baptismal gowns for family members, and sharing her talents with her grandchildren in “sewing club.”

Louise, Maw Maw, will be remembered as a strong and faithful Catholic woman, a devoted wife and a kind and loving Mother, Grandmother, and Great-Grandmother. She influenced many lives with her strong love for her Catholic faith and she instilled this faith at the center of her family.

In lieu of flowers, the family requests donations be made to the Haiti Mission, www.haitimissioninc.com.