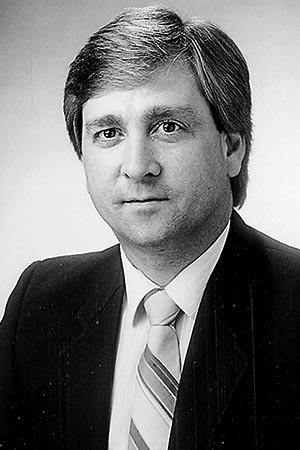 John Randall Lee, Sr., 74 years of age, passed away Jan. 7, 2023 in Baton Rouge, LA surrounded by his family.  He was born in Natchitoches, LA April 11, 1948 to Eleanor Hughes Lee Wertelaers and Edmond Anderson Lee.He was called “Randy” to all those who knew him.

Randy attended St. Mary’s High School in Natchitoches where he also met the love of his life and wife of 54 years, Lydia Scott Lee.

He attended Northwestern State University in Natchitoches until he was called to military service in the U.S. Army with the 101st Airborne Division.  After serving honorably during the Vietnam War, he returned to Natchitoches and pursued a career selling cars and, later, radio advertisements. Randy gained valuable business experience that would eventually lead to his highly successful work as a general agent for the Knights of Columbus Insurance Co. in Baton Rouge where he was awarded “Outstanding Salesman” several times and was recognized as one of the top 50 managers in the United States.

After Hurricane Katrina, Randy took over the District of New Orleans Knights of Columbus Agency and bought all the salesmen new suits and helped them find homes.

Randy was an enthusiastic outdoorsman.  His weekends were spent fishing and hunting with his son, John R. Lee Jr.,  and with his many friends. As a bass fisherman he won several awards including First Big Stringer with the Nakatosh Bass Club from 1972-1974. After retirement, he took up archery and was a Louisiana Senior Olympic gold and two-time silver medalist.

Randy was a devoted Catholic and a member of the Immaculate Conception Catholic Church in Natchitoches and Most Blessed Sacrament Catholic Church in Baton Rouge.  He served as a Eucharistic Minister and was honored as a Fourth Degree Knight with the Knights of Columbus.

In the 1980s, the altar in the Immaculate Conception Church caught fire during mass.  Randy rushed to the altar, bravely smothered the flames, and saved the church.

He was preceded in death by his parents, and his brother and sister, Lester H. Lee Sr., and Ann Lee Alford.

A Rosary and visitation will take place at Most Blessed Sacrament Catholic Church in Baton Rouge Friday, Jan. 13 at 10 a.m. and a Mass of Christian Burial at 11:30 a.m. Burial will follow at Resthaven Gardens of Memory.

Family and friends may sign the online guestbook or leave a personal note to the family at www.resthavenbatonrouge.com.