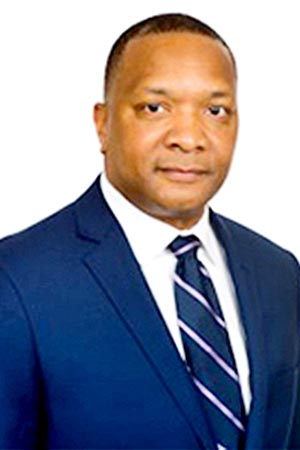 As enrollment in higher education dropped nationwide in the wake of the Covid-19 pandemic, economic and demographic factors are amplifying the effects on many smaller colleges and universities and their nearby communities.

Northwestern State University’s enrollment mirrored the nationwide trend during the fall 2022 semester when its total enrollment fell to 6,250 undergraduate, 1,031 graduate and 2,108 preparatory students for a total of 9,389. Despite the lower enrollment numbers for the past semester, NSU President Dr. Marcus Jones sees a promising trajectory in the student population when he looks ahead. “We have seen an uptick in retention from fall 2022 to spring 2023 (of) 87%,” he says. “It is much higher, so the recovery is going to happen.” He suggests NSU ‘s improvement comes from enhancing efforts to support its students, investing in academic programs with growing demand and expanding its reach as a regional institution. “More students are taking advantage of the various academic and personal resources available to them by continuing their enrollment this year,” he says. “We also have witnessed a boost in first time freshman applications for fall 2023 as well as housing applications for fall 2023.”

Jones explains NSU officials are striving to serve a student population with more barriers to enrollment and fewer socio-economic advantages. As opposed to a research university, where faculty patents and publications are key, NSU’s focus is on providing its students with the skills required of a college graduate. Jones believes NSU’s array of student services reveal its commitment to its mission as a teaching institution. “NSU offers extensive support services for students, including counseling for academic and personal concerns, financial aid, tutoring and programs for dealing with emotional distress,” he says. He offers an example where NSU leads among its peers in the University of Louisiana System. “We have the highest graduation rate of schools with Pell recipient students, so that’s something we like to highlight,” he says. “Many of those students don’t have the support structure at home to help navigate higher education.”

Dr. Greg Handel, who serves as University Provost among other roles, says NSU distinguishes itself by matching students with relevant opportunities during their studies.  “Under-served and non-traditional students have opportunities for internships, residencies, research presentations, and other avenues that help them network and connect to professionals in their chosen fields,” he says. “Students can access academic and student support services at their convenience, and our career center helps students evaluate and position themselves for success upon graduation.” He also points to examples of opportunities students have to enrich their experience and the community, “Our Dear School of Creative and Performing Arts serves as a cultural hub for the region and performances throughout the year are attended by thousands.”

Jones points to NSU’s improvements in metrics such as student retention and graduation rates in recent years. “We found that we were lacking or coming up short when it came to retaining students from their first year going into their second year,” he says. “Many of these students who we were losing were students who we already should have identified as students that were high-risk.” To address the problem Jones has implemented a university-sponsored, peer support network of upperclassmen who guide newer students through challenging stages of their first year ranging from applying for scholarships to studying for finals. “We created a Demon mentor program,” he reveals. “What this is designed to do is not only help us on the retention side, but also continue to create a family atmosphere that ultimately we hope will translate into an affinity for the university and eventually graduating from Northwestern.”

Director of Strategic Initiatives Cole Gentry believes the success of NSU’s students are part of its cachet. “We’re confident we can provide an affordable education that delivers career-ready outcomes,” he says. “95% of last year’s graduating classes at NSU are employed in fields related to their studies or enrolled in graduate school. This is a testament to our career preparation that satisfies the demands of the workforce.” He points to examples of programs that enrich Northwestern’s graduates and the surrounding community. “We create programs that equip learners with the professional and technical skills necessary to excel in various industries,” he says. “Northwestern State University is expanding two programs that will make it easier for paramedics, military medics and people with undergraduate science degrees to transition into high-paying nursin jobs.”

With an aging and declining population in many rural Louisiana parishes, there are fewer young adults to attend Louisiana’s colleges and universities, despite high school graduation rates that have hovered near record highs in recent years. In response, Northwestern has nurtured relationships among local communities and diverse student populations to serve a broader range of students. Jones explains the university has committed resources to reaching and assisting student populations that previously went overlooked. He points to Louisiana’s Native American tribes as an example. “We are piloting a program whereby we are offering a certain number of scholarships to tribal members to come to Northwestern,” he says. “We’re working with the federally recognized tribes to do that.”

Jones suggests out-of-state students who live near NSU should also consider giving the school a second look. “We have never let the out-of-state fee be a barrier to a student who was interested in coming to Northwestern,” he says. He lists a range of qualifying factors NSU evaluates when waiving out-of-state fees, including ACT scores and GPA, receipt of performance-based scholarships and those with an immediate family member who is an alum of a university within the University of Louisiana System. He also points to a swathe of Texas counties where students automatically qualify for in-state tuition. “The border counties between Louisiana and Texas: those students are generally going to be treated like in-state students,” he says. “They can save as much as $5,300 per semester.”

Jones points out that the impacts of lower enrollment are being felt in college towns around the country. “Every school in our system has seen somewhat of a decline in enrollment,” he says. He also offers reassurances that NSU is not oblivious to the pain being felt by Natchitoches residents who rely on commercial activity from the university’s student body for their livelihood. “There’s definitely a ripple effect to a reduction in student enrollment, so the city feels an impact, but the university does as well,” he says. “When we were in school, 70% of the cost of attendance was subsidized by the government… Now, if we’re lucky, the state provides us with 25-27%,” he says. “The rest of that 70%, it comes from the student, so that cost has shifted.” Because a greater percentage of the cost of attendance is borne by students, the university’s funding is more closely tied to its enrollment. “The impact of that decline in enrollment is much, much greater now than it was back then,” he adds. “That’s why you find that so many institutions now are student focused and enrollment focused.”

Just as NSU has implemented strategies to bring students aboard and see them through to graduation, it is also exploring ways to bring them back into the classroom such as targeting scholarships toward campus residents. “What we have done is try to make campus life more attractive so that students want to stay around and want to be on campus,” says Jones. “There is always a portion of the population that I think will demand a face-to-face, and a portion of the population that will demand an online type of delivery method because that’s what suits their needs.” He suggests that NSU’s online courses complement its in-person experience to draw students to its campuses in Natchitoches and elsewhere. “I know that there is a portion of the population, if they did not have the flexibility of taking some or all of their degree online, they’re not going to come to Northwestern. They will find a university that offers them that flexibility,” he says. “It’s not impossible, but of course it’s difficult to have a theater class, or a dance class or an art class virtual.”

With NSU set to report its spring enrollment numbers in a matter of days, the university welcomes confirmation of Jones’ positive forecast.